Rhapsodi Affos Blog (RAB) gathered from different sources that the unknown gunmen who are suspected to be assailants stormed the house of the deceased in Mile6 area, a suburb of Jalingo the Taraba state capital in the early hours of Thursday.

It was further gathered from our source that Cena was away and only returned from Wukari earlier before the incident.

According to our source, the gunmen forced their way into his house, brought him and his out, and shot him.

“They asked his wife to give them the money he came with which she insisted he didn’t come back with any money, which they wanted to kill the son if she doesn’t produce money”.

Findings also revealed that Cena was recently given an appointment that many believed his killers were unhappy with.

Follow our page, we will keep you updated on developing stories 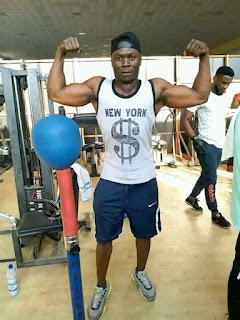