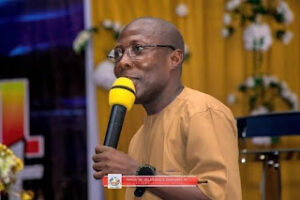 •A governor from southern Taraba will lead to generational pains, he warns

The General overseer of Arrow of Deliverance, Pst. Pastor Joseph Nwunuji has revealed that the next governor of Taraba state is from the northern senatorial district of the state.

This was made  via the church’s official Facebook handle, ARROW OF DELIVERANCE MINISTRIES as culled from today’s Sunday worship.

According to the clergyman, he is not giving a prophecy but instead a revelation from God Almighty. He further added that If a governor emerges from the southern part of the state, then the state should be ready for the generational pains.

Recall that during a church service in June, Pst. Wunuji revealed that he didn’t see the governor of Taraba state coming from the south and thus the southern part of the state needed to pray because he sees confusion in the region.

Rhapsodi Affos Blog reports that the major contenders from APC and PDP, Sen. Emmanuel Bwacha and Col. Agbu Kefas are both from the southern part of the state. Hon. Danladi Baido Tijos of the SDP and Prof. Yahaya Sani are the only candidates from Nothern region.

Several reactions have trailed on social media since the revelation was made public. While others question the chances of a northern emerging as the next governor of Taraba state, others believed in the potency of the preacher.

TAGS: Is From The North - Pastor Joseph Nwunuji, The Next Governor Of Taraba State