Don Jazzy, in a post on his Twitter page on November 29, 2021, said that Wizkid’s newly created moniker, Big Wiz befits him.
His comment follows the massive success of the Grammy winner’s Made In Lagos tour concert at The O2 in London on Sunday.

According to Don Baba J, the Starboy has too much grace upon him. He also thanked Wiz for promoting the culture in a positive light.

Jazzy tweeted; ”That Big Wiz name fit Wiz o. I doubt he has ever been a kid sef. Too much grace. Thanks for making the culture look good. More blessings king.” 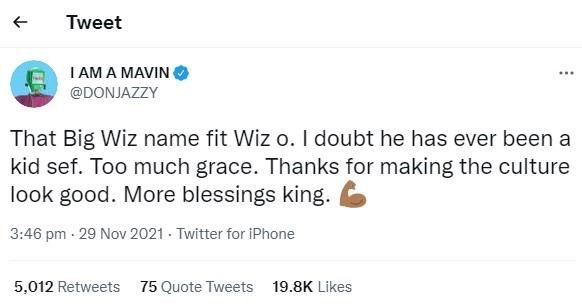 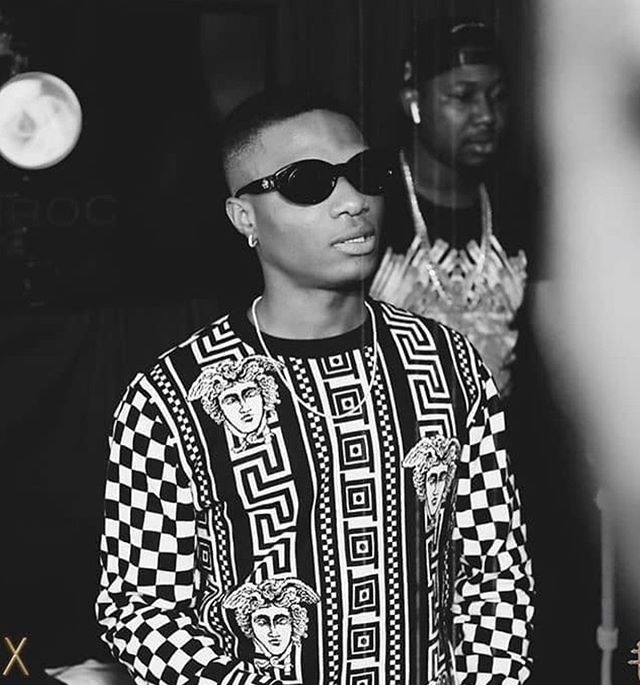