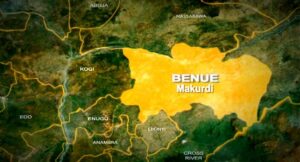 Eighteen people were killed in different communities by suspected herders in the Guma Local Government Area of Benue State.

The incident, according to locals, happened on Thursday at Ukohol and other adjourning villages as the suspected herders went on killing spree.

A resident of the area identified only as Jonah who spoke on condition of anonymity for fear of attack said those who invaded the communities were herders.

He stated, “They came to Ukohol community at about 5pm yesterday (Thursday) which was a market day and shot at people from different directions, leading to people scampering for safety.’’

Confirming the incident, chairman of the council area, Mike Ubah, said that 18 corpses had been recovered.

He said, “My people at Ukohol were attacked by armed herders and killed about 10 people. The worst of it is that they even killed children below the age of two. They didn’t stop but went to three villages and settlements and killed another eight, making 18 victims. They killed 10 at the market and eight in the villages when they (herders) were returning.

“The security operatives were prompt and that’s what saved the day. If they had delayed, the casualty figure would have been more. It was a market day. They went there and started shooting. What is happening now is that they are trying to displace people from their villages and occupy the places. The herders appeared in black attire. No village is spared and the 10 council wards in Guma are affected.’’

Contacted, the state police spokesperson, Catherine Anene, confirmed the incident, stating that there were no details yet on the case. He said, “Incident confirmed but no details yet.’