Fast-rising Imo Recordz Signee SPYZ drops a new single titled ‘Bless Me’
SPYZ, a sensational singer who was recently signed to IMO records, has dropped his much-anticipated song titled ‘Bless Me’.
The Kogi State indigene started his music career by joining Xtreme Boiz, a small music group in which he produced songs with Puffy T and ID Cabasa. He released an album with his group in 2009 under the record label 1924 and this was the major break in his music career.
His new single titled ‘Bless Me’ is lyrically and sonorously delivered and it captures the heart of the fans as it is a prayer for better opportunities as an upcoming artist and Nigerian.
Speaking of the inspiration behind the song, SPYZ stated that his life has been full of ups and down and his daily hustle for a better life inspired the song.
“Bless Me” Produced by BlaiseBeatz Mixed and Mastered by Swapmix. 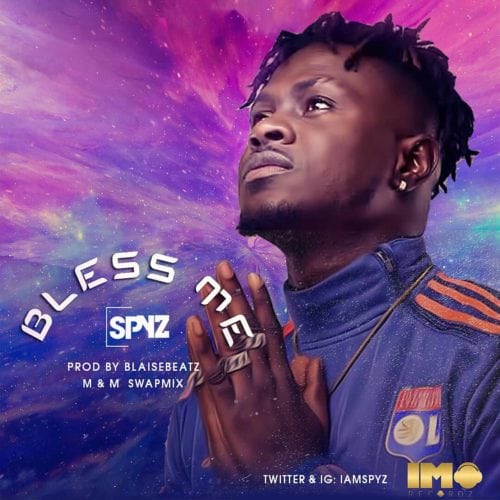 “Bless Me” by Spyz
Audio Player