Nollywood actress, Halima Abubakar has admitted dating Suleman Johnson and says she is ready for war.

In her posts yesterday on Instagram, the actress who has been sick and admits spending over N30m on her health after selling almost all she has said she indeed dating a popular man known as Suleman Johnson.

The actress in one of the call outs said, she agrees that she messed up, but that the man had lied that he was separated from his wife.

She said I dated a man who was separated from his wife, but has three kids.

She also went on war with older colleague, Shan George who had said popular cleric, Apostle Johnson Suleman can not be the one Halima is mentioning him because the Apostle can’t do such.

Before now, Halima had attributed her sickness to the said Suleman.

In a post she wrote; “I f*ck up yes. I own my mistakes. But I won’t lie anymore. Nigga said he was separated. I didn’t meet a married man. I met a bizman with three kids. Long story, stay away from liars.”

In another post, she also said; “Every month only you. How do you sleep? You paid off the blogs, only you, God forbid. Look for lies and send it to your bloggers. They need am.

“But you you you JS. You bought market Sule. Emperor Sule. Allow me rest biko. Don’t fuck with me bro. Dude.” 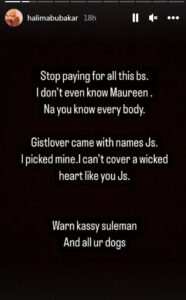 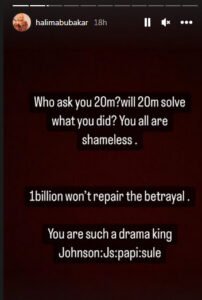 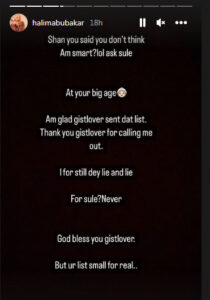 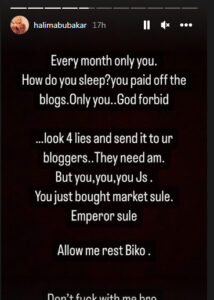 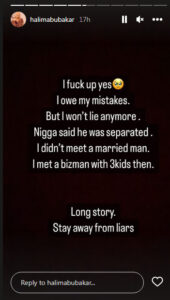 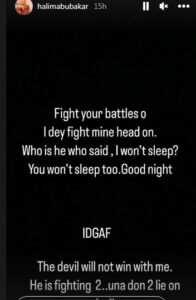